I agree about the cursor. In the gameplay video, it looks huge when it points to an exit. The rest looks nice, though.
"She's doing the baby equivalent of adventurers using everything in your inventory." (Aus dem Textadventure Child's Play von Stephen Granade)

Yeah, the cursor could be smaller.
I assume that the red highlighting should indicate that by clicking the hightlighted action will be executed. In the video I've not noticed that there are multiple (inter)actions visible at the same time - so why is the highlighting there in the first place?
Maybe a change in brightness and/or transparency would be sufficient for highlighting.

Atmosphere and music are wonderful indeed and I'm eager to play Asylum!

Yes, that's the idea, the red outline indicate the hotspot becomes active. When you're exploring a location, the camera works as a "radar" detecting nearby spots which otherwise could be difficult to find (there's no pixel hunting in Asylum, folks). And yes, it's very possible you see several spots in the current view, so the red outline is basically saying "OK, if you click now, *this* action will be triggered".

It's also a way to make the interface more consistent and hotspots become gradually visible and you could be inadvertently triggering an action you didn't want to happen. The current system forces you to have the desired spot near the center of the view to trigger its action.

All in all, it works very well when you're playing the game. We're considering removing that distracting red outline and simply have the cursor glowing strongly to let you know it's already active 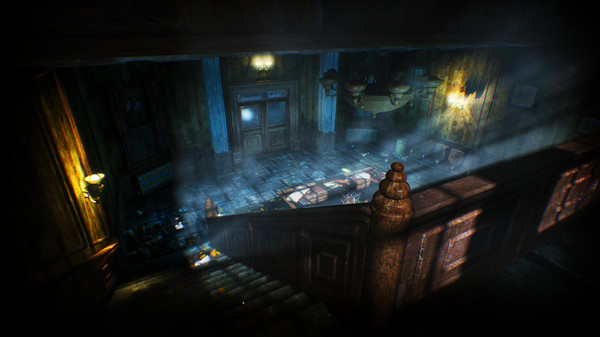